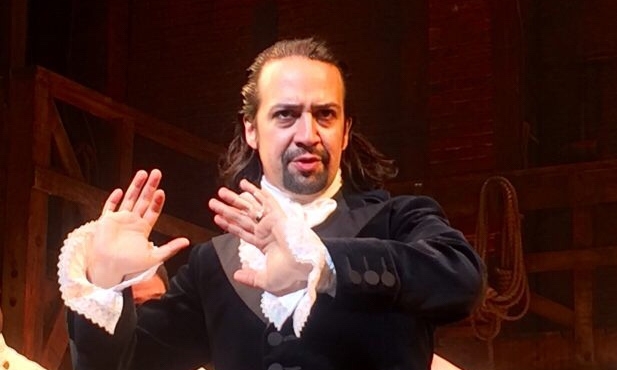 The year was 2009. As the story goes, the White House invited a 30-year-old Broadway actor to perform lines from his current production, but this request was a little different than usual. According to NPR, the invitation also gave Lin-Manuel Miranda the option of performing anything else he might want in “the American tradition.”

This was his shot, and he took it.

Miranda performed bars from what would become the hottest Broadway ticket in town. It was a musical that blended turn-of-the century costumes and staging with a story as old as our country—with unapologetic hip-hop.

Miranda’s performance was well received that night at the White House, according to recounts. The run on Broadway for a show called Hamilton was epic. President Barack Obama even attended the show in New York City some years later.

A millennial successfully infused a cultural phenomenon that originated in the broken down warehouses and basements of New York boroughs in the late ’70s into a mainstream, high-brow mainstay in upscale Manhattan in 2015.

The result was something bigger.

Hamilton grossed more than $209 million in ticket sales since it debuted in 2015 according to BroadwayLeague.com. The soundtrack blazed on streaming services reaching an even broader and more multicultural audience. The album went platinum about a year after the curtain raised, according to Mashable.

Mobile would take this inspiring narrative to the masses.

TURN UP THE VOLUME

I recently had the pleasure of speaking at Spotify headquarters in New York City, thanks to the team at Brand-Innovators. My topic was reaching the new mass market with mobile and music.

I walked on stage to one of the most popular cuts from the Hamilton soundtrack, “My Shot,” and shared the story of Miranda’s breakthrough to make my case: that millennials, mobile, and music are an important mix for marketing to the new mass market.

I shared with the Fortune 500 marketers gathered at the music streaming company that they could turn up the volume on efforts to reach and resonate with the new mass market where trends are largely driven by the millennial culture.

Infuse popular music into mainstream efforts. The new mass market is dominated by young people, and music, as a cultural nuance, wins. Young people are reaching for their mobile devices to connect to what inspires them, and the No. 1 inspiring content they reach for is music, according to AT&T Inspired Mobility research. In fact, according to a recent Revolt TV study, there is one genre young people agree on.  According to Forbes, everyone, in fact, agrees on hip-hop.

Leverage mobile platforms. Expanding your reach means taking your content to the people, wherever they are, whenever they demand it. Whether you want to reach the multicultural content omnivore, or you’re wanting to expand your multicultural marketing efforts, mobile streaming or social media content delivery methods are paramount. Mobile social media is where culture converges.

Let millennials lead. Black culture drives pop culture, according to Nielsen research. So if the most multicultural adult generation is currently millennials, and black millennials are leading the way on all things trendy and digital, then tracking trends in their space could lead to the insight you need to have a breakout campaign. I am also a champion of inclusion marketing. It’s a practice that starts with the DNA of your team to impact marketing outcomes in time for this new mass market. Empowering millennials to not just contribute to concepts, but to drop a few “bars” in your planning meetings could lead you down more creative and strategic paths. As noted, one such encounter in the White House led to something big.

TAKE CUES FROM MIRANDA: CULTURE INVITES EVERYONE IN

If you’re thinking that a large dose of culture can be alienating, think again. I continually share that culture is the DNA of diversity, and it is also an invitation to inclusiveness.   Consider that Hamilton, with its majority brown and black cast, played to a majority white audience night after night.

Creators seem to be leading the way in taking content multicultural.

Brands must look to the creators for insights on how to leverage storytelling and cultural nuances to connect and engage in this new reality, a browning America.

Not long ago, I received a call from the chief…

L Michelle Smith Ranks No.3 On List of Best Female Speakers in Social Media and Marketing

56 Female Speakers You Should Put on Stage, and Why…

Sign Up for the NSC Personal Brand Builder Jet Pack, A Micro-Course

by L. Michelle Smith
Posted on May 26, 2020November 22, 2020
Posted in CoachingLeadershipMarketingNEWSOnline Course

Ep 52: Wanna Get Away? with Calvin L. Butts, Jr. and Carrington M. Carter

LMS on the Cover on Texas Metro News: Lead Your Life First

Thank you to the publishers of Texas Metro News,…

by L. Michelle Smith
Posted on September 17, 2020
Posted in CoachingCovid-19CultureIn the MediaLeadership

What are you learning from this crisis?

What do you know now that you didn’t before coronavirus…

by L. Michelle Smith
Posted on May 31, 2020May 31, 2020
Posted in CoachingCovid-19CultureDiversityLeadership